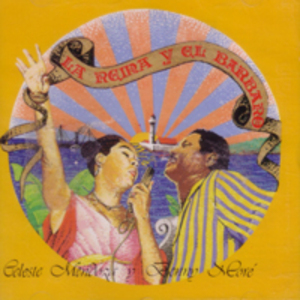 Celeste Mendoza, born in Santiago de Cuba, sang ballads with a depth of emotion that made them work. But it was her singing of guaguancos, the music of the street rumbas, that made her famous. previously, guaguancos and rumbas were almost exclusively the territory of male singers.

She started her career in the 1950’s, winning a number of radio contests. Ms. Mendoza continued recording in Cuba after 1959, making records with some of the best rumba groups on the island, including Los Papines. She traveled widely across Europe and Latin America, and she was a star of radio and television in Cuba. She recorded with the son group Sierra Maestra and made the original version of ‘’Bemba Colorao,’’ a tune that became a standard for Celia Cruz.

Known as 'El Barbaro Del Ritmo', Benny More was undoubtedly the greatest interpreter of songs Cuba has produced. Not only a master of rhythm, his phrasing and flexibility enabled him to interpret a wide range of styles including son, guaracha and bolero.