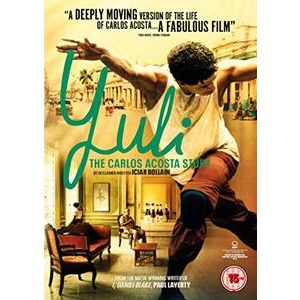 The film inspired by the life of Cuban ballet star Carlos Acosta was released in the UK and Ireland in April 2019 and the DVD released in August.

Based on Acosta’s autobiography 'No Way Home: A Cuban Dancer’s Story', the film follows his formative years in Cuba as dancer, his move to London and his relationship with his father, his family and his country. Yuli is the nickname given to Acosta by his father, Pedro.

The cast includes Acosta playing himself and introduces Edilson Manuel Olbera playing Carlos as a boy, Keyvin Martinez, who plays Carlos as a young man, and Santiago Alfonso as his father.

The story is told through moving dance scenes as well dialogue, with English subtitles.

Read more about the film here