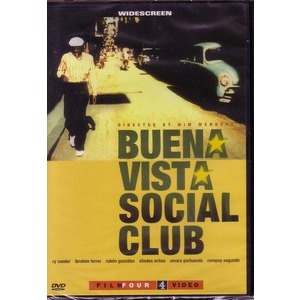 When the album "Buena Vista Social Club" was released it quickly became a world-wide phenomenon selling millions of copies internationally and winning a Grammy. When Ry Cooder travelled to Cuba agin in early 1998 to record a solo album with Ibrahim Ferrer - again with all the musicians of the Buena Vista Social Club - Wim Wenders accompanied him with a small film crew, observing the musicians in the studio and tracing their lives in Havana. The film continued in the Spring in Amsterdam where Buena Vista Social Club gave two concerts and ended, finally, in the summer in New York with a triumphal concert at Carnegie Hall.

The result is an inspiring and uplifting story of a group of incomparable musicians recreating a bygone era with their fascinating reminiscences and awesome music.