CSC shop / Books / What lies across the water: the real story of the Cuban Five by Stephen Kimber 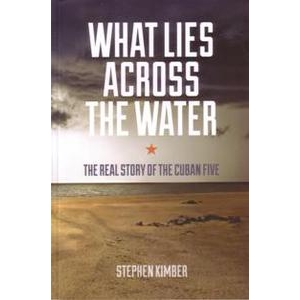 What lies across the water: the real story of the Cuban Five by Stephen Kimber

Recounts the events leading up to the arrest of the Cuban Five (known in the UK as the Miami 5), five Cuban anti-terrorism agents wrongfully arrested and convicted of “conspiracy to commit” espionage against the United States. In response to decades of deadly attacks by Miami-based, anti-Cuban terrorist organizations, Cuba dispatched five agents — Gerardo Hernández, Ramón Labañino, Antonio Guerrero, Fernando González and René González — to Florida to infiltrate and report on the activities of these terrorist groups. Cuba even passed on information their agents learned about illegal activities to the FBI. But, instead of arresting the terrorists, the FBI arrested the Cuban Five on September 12, 1998. The five men would be illegally held in solitary confinement for seventeen months and sentenced to four life sentences in 2001. The terrorists these five men tried to stop remain free to this day.

In light of America’s supposed post-9/11 zero tolerance policy toward countries
harbouring terrorists, the story of the Cuban Five illustrates the injustice and hypocrisy of this case: why were these men who tried to prevent terrorist attacks against Cuba charged with espionage against the U.S?

People who bought What lies across the water: the real story of the Cuban Five by Stephen Kimber also bought

Canadian Stephen Kimber, a journalism professor, became aware of the Five in a Cuban holiday resort in 2009, and later asked a Cuban friend to explain the case. Shocked by the story and the silence in the North American media, he wrote this book, after scouring the source materials, corresponding with the Five, and interviewing many others. The result is a compelling account of the intertwined worlds of anti-Cuba terrorists, US aggression, and the Cuban agents sent to monitor them. A page-turner written in datelined passages, it builds a sickening narrative on the deadly bombings of Havana hotels in the 1990s, and the attempted massacre in the famous Tropicana nightclub. The book indicts Cuban-American leaders who moved ruthlessly between Washington-fêted lobbying and death-squad terrorism. For these men, as one puts it, the US authorities were “always on vacation”.

Telling the Cuban agents’ stories, the book chronicles their heroism and dedication, but also reveals the interaction of their professional and personal lives. Here we meet human beings separated from loved ones in Cuba, or struggling with relationships with non-agents in Florida, even as the FBI was closing the net (long before the famous briefing of the FBI in Havana). Kimber summarises the subsequent legal scandals, already widely covered. He reminds us of the absence of evidence of espionage or involvement in the Brothers to the Rescue shoot-down: the reason conspiracy charges were used – the last resort of a corrupt state, as Ricky Tomlinson and other wrongly-imprisoned trade unionists discovered here in 1973.

For anyone fighting the monstrous injustices inflicted on the Five and their families, this book is the best, in English, on the combination of US-hosted terrorism and US state aggression that sealed the fates of Antonio, Fernando, Gerardo, Ramón and René. For now!